Ever been in a situation where your own life was in extreme peril? They say your life will flash before your eyes but that’s not what I 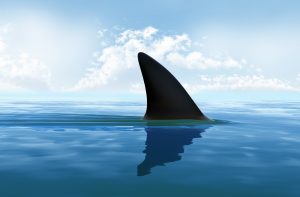 I was semi dozing on my raft; the ocean waves in the waist deep water had rocked me into a light sleep. My dad was just a few feet away, taking a siesta on his own water lounge. Imagine my surprise, when a few minutes later I hear his voice bellowing at me not to get off my raft!

Ya know how when you’re roused from a really good nap, things just don’t make sense right away…why did he sound so far away when he should be right next to me?

With my head still comfortably resting on my inflatable pillow, I opened my eyes and got a sideways view of my dad, waving his arms, jumping up and down and shouting.  My mental managing of “why is he there and not next to m”…was completely suspended by the shark fin that silently cut through the water, just inches from my face.

That’s how my one and only shark encounter began and although my meeting with my personal jaws ended pretty lame, the legacy of its lasting imprint took me decades to deal with.

Let me interrupt the story ever so briefly with something you’ll need to know.  As I shared in my last post (if you missed it, this ones’ freakin hilarious; Back to the Nude Beach) an imprint is a behavior that is a result of something that we’ve experienced that had intense emotions attached to it. Now let’s put it on steroids: a belief is something we blindly accept as THE Truth, whether it is or not.  And if it’s a negative belief, we’ll continue to focus and feel in alignment with that belief. AKA FEAR. 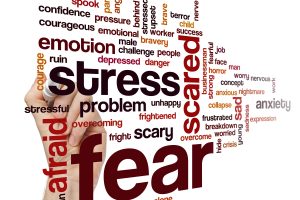 What type of belief do you think you would have received if your bliss was busted by something large enough to eat you?

Fear of the ocean…nah, after all, I figured I was the one who was hanging out in the sharks refrigerator so it had every right to check me out and see if I was the du jour of the day…fear of sharks…well duh, I’m going to pay healthy respect to anything that can take me out, so I pretty much stay out of their kitchen now…fear of floating…as long as I’m in a pool by myself, no one else around me, no one splashing me, no one that can tip me over, I’m good (yeah, I’m pretty much stuck with hanging in the bathtub now)…

THE real Fear that lasted for years after my encounter was this; if I rely on someone else, my very life can be in jeopardy.  You see, my dad had been floating next to me until he heard the guy running down the almost deserted beach screaming SHARK.  I was sleeping so sound that I never heard my dad save himself as he rapidly made it back to shore. Once safely on land, he decided to call out and warn me.  And that’s where we started our story today.

Funny thing about fears; they demand your focus without your full realization. And where attention flows, achievement goes. Which meant the very thing I wanted to avoid I wound up accomplishing. I subconsciously selected dating partners, bosses, employees, friends, even a first marriage on the fear that I couldn’t count on anyone else.  And because of the people I picked, they proved me right again and again. Problem was I couldn’t figure out what was wrong with me; was I just a magnet for freaks and losers? 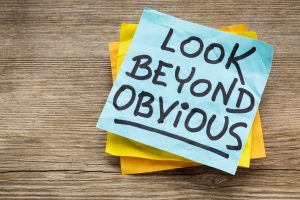 I wasn’t alone though; it’s said that 80% of who we are as adults was shaped by situations that happened in our youth. Then we can squander years of our maturity proving our younger you correct.

Think of your “it” (a dream goal, desire, vision) that you’ve tried to reach, but it just seems to slip through your fingers…is it because you’re  not as smart as others…nope; we both know that there are others who don’t even come close to your level of intelligence and they’ve got it…are you not as hardworking…don’t even give me that, I already know you’ve persisted way beyond  what others have done…then why don’t you have it?!!!

You can have a flawed Blueprint of Belief. Doesn’t matter what you build with it; your love life, a career, a family or your friendships, if it’s faulty so are your results.

My conditioning of not being able to count on others was not going to go away (and neither is your bad blueprint).  Instead, I had to find a system to sequester it in a way that would bring me Success! It’s amazing how that 16-year old me can sense a shark on the hunt for their lunch (usually shows as a poser who pretends to need help) OR a loser who will leave me hanging. I then can take the appropriate actions to keep me safe.

Not only have I done this for myself (takes just 1 hypnosis session) but Drew and I have done it for thousands of clients. In fact, this type of session has been the foundation of our client’s success for the past 13 years.

I want to teach you how to do it for yourself (last thing you need is to be dependent on someone else for your success…ha-ha, there’s my shark girl, again!)

Book a Hypnosis Session with either Drew or I this month, and we’ll add in a gift certificate that you can use towards our Life Mastery through Self Hypnosis Intensive  Click HERE for your details

P.S. What happened when I saw the fin? Again, I decided that I did NOT want to die, so I gently pulled my arms and toes out of the water without making any moves that would mimic a fish in distress/sushi. The shark then circled me a half a dozen times, (kinda reminded me of a bar on a Saturday night) and promptly swam away.

I waited an eternity (about 30 seconds, but hey, I was a teenager and we know how they are about time) and then I did my best religious impression…yes, it felt like I walked on water.

I followed it from a safe distance on the beach till it found a large fish that freaked out and triggered the shark’s feeding frenzy. As I watched it strike and then eat, I realized; those that create drama are either looking to eat or will be eaten.

What about you? What’s your Belief Blueprint that is just below the surface, wanting to be utilized for the immense power it can bring to your

life (click HERE)? OR you can stay huddled on your raft, knowing that the slightest upset will tip you over…can I recommend strapping on a shark fin?