Ever see 2 women so engrossed in their conversation that they’re not aware of what’s going on around them?

That’s how Cheryl and I (Dawn) were; yacking on and on as we were setting up our beach chairs for a leisurely afternoon of sun and surf. Keep in mind, beach chairs sit lower than your average lawn chair; you’re actually sitting where you’re going to be level with someone’s hips…

As we lowered ourselves for a sit, that’s when it hit us; this beach was different than any other beach we had ever been on because it was A. Nude. Beach. And we were at the height for a view unlike anything we had ever observed before. Ya know, there are things that once seen can never be unseen…I never knew there were so many places to put sunscreen…

Let me interrupt the story ever so briefly with something you’ll need to know.  An imprint is a behavior that is a result of something that we’ve experienced that had intense emotions attached to it. We can have positive as well as negative imprints that trigger their corresponding behaviors.

What type of imprint do you think you would have received if it was you on that beach?

As for me, I was reduced to an almost hysterical case of the giggles, once my mind could comprehend what I was seeing.  Dozens and dozens of people, all ages, shapes and sizes enjoying the sand and surf…keep in mind sand really sticks to sunscreen…

This memory happened almost 25 years ago! Yet when I revisited this beach last week with Drew (all the nudies were kicked off years ago) I was still overcome by a case of the outrageous giggles. I also subconsciously looked for ways that the beach would surprise me with unexpected events that can be retold with a sense of humor.

For many people though, their imprints aren’t as fun to share IF (and that’s a big IF) they’re even consciously aware of them.

She was well over 300 lbs, her body was shutting down, yet she couldn’t let go of food that was hurting her. So we used hypnosis to reveal if there was an imprint at work and what we found astounded her. She was the youngest of 9 kids in a large Italian family who would get together every week for Sunday dinner. She was only 4 when she made the decision she would no longer be overlooked at these family gatherings, and decided to run around the dinner table grabbing whatever food she could get her hands on and stuffing it in her mouth. Everyone would laugh and laugh and she got the attention she desperately craved. 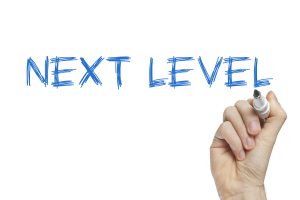 You’ve probably guessed it by now; she was still stuffing food in her mouth, and still getting laughed at. Together she and I found a way for her to receive the attention she craved, but in a way that served her and her body in a healthy way.

Why was it so hard for her to talk about her business? Whenever people began to look at her during any type of presentation, she would freeze and forget everything she wanted to share. Again, using hypnosis, we discovered a time when as a youngster, her mother forcefully impressed upon her that children should be seen and not heard.

Yup, that younger her was still honoring her mom’s request by keeping her mouth shut. We just redirected that energy into something more useful (like keeping her opinions to herself when it came to her mother-in-law).

What does all of this have to do with you?

Well, if you have an imprint that is working for you, congratulations!  Consciously use it to find more joy, happiness and sunscreen, I mean success, in your life.

BUT if you’ve gone after a goal again and again with limited results…if something feels like it’s holding you back…then time to Reveal, Release, Relearn and Rejoice. This is the 4 part process we use to take an imprint from struggle into Success and we want you to have the ability to do this for yourself…

P.S. What did Cheryl and I do about our beach predicament? Once we comprehended where we were, we didn’t want to run like a couple of prudes BUT all that changed when a guy approached us and asked if we knew what time it was – remember the height of our chairs (why would you ask that when you have your own sundial, I wondered).

We then realized that as the only clothed people, as far as we could see, we really stood out (which was better than standing up…that was a really bad pun but I couldn’t help myself) and we quickly retreated to the clothed world where we could retell our story of sticky sunscreen and sand.

What about you? What’s your imprint that can be upgraded from shock to Success? Reminds me of another beach memory where I was floating on my raft in waist deep water when someone started hollering for me not to move. I opened my eyes just in time to see the sharks fin pass in front of me…but that is an imprint to tell at another time…