The 4 types of people who’ll never buy…and if they do, somebody’s going to regret it…

OK, maybe never is a strong word AND I’m not saying you cannot serve them. 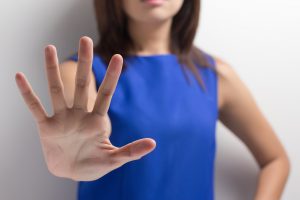 But because they’re conditioned to keep their story of struggle instead of turning it into a stepping stone to success, they’ll use you and your solution as another way of how someone robbed them of results.

It’s not their fault! Something from their painful past keeps impeding their progress. And if you try to push them out of their pain, when you’re not around, they’ll push back by failing and this time it will be YOUR fault.

As a healing-preneur, you want to invest in areas where you’ll receive the highest return possible and that means knowing who is ready to step into Success NOW.

So what do you do…

IMPORTANT: If in my conversation with the potential client, I experience one warning sign, I’m on point. Two and I’m thinking now is not the right time. Three is NO because they’re making a decision based on the fear of where they’re at instead of the urgency of where they want to be. And Four is I’m NOT the fit you need for results. 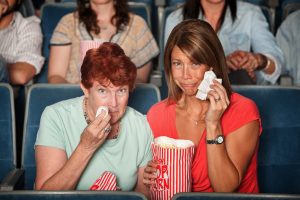 They’ll be more than happy to list the ways other people, products and services have failed them WITHOUT taking responsibility for any of it.

I Get It: I’ve been disappointed by other systems; some because the promoter was a scammer AND some because I didn’t follow through and actually implement. Either way, I made the choice to move into the relationship and it’s up to me to get results (even if that is buying a product and asking for my money back if it does not deliver).

What can really be going on: Abandonment. Somewhere along the line, something/someone they counted on went away. They learned that the rug could be pulled out from under them at any time. And they will continue to seek out, subconsciously, the same results because that’s what they’ve been programmed to experience, even when it’s to their detriment. So they just give up and move onto the next thing which will probably lead them into the same results. 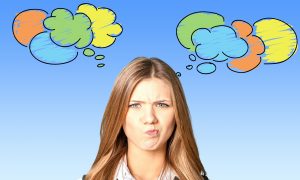 Yeah, you can’t tell them anything new, they’ve already heard it. BUT if they do not have the results, they don’t know it; they’re just regurgitating it…

I Get It: There is a difference between memorization and wisdom. In our schooling we were conditioned to memorize.  When you think you know, you throw it up and on anyone who tries to help by showing how much you remember. (if it’s true wisdom you’ve actually used it and now you’re looking for ideas on how to incorporate the lessons learned)

What can be really going on: Rejection. They were excluded from something important, and we all know how that hurts. To protect themselves, they now reject first and that includes any assistance.

How can you quickly determine your client’s Success Level and use it to breakthrough the blocks holding them back because you’ll be speaking directly to the conversation already going on in their head?

Get all the details by Clicking Here 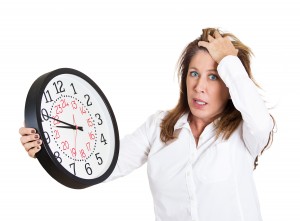 #3 Warning Sign: They miss…their coaching call/consult…the registration deadline…the details in the email that told them everything they needed to know…the second chance you gave them…and the third

I Get It: Life happens and I’ve missed the mark on my own commitments. The dog really did throw up on me, I misread the starting time, I had to temporarily say no to me so I could help take care of someone else. BUT if it’s more than once, then we’re allowing others to dictate the quality of our life.

What can really be going on; Unworthiness. They were taught that the way to be ok was to people please. And then they amplify it by believing that the only way others can be ok is if they sacrifice for them. So they won’t follow through with you because they’re too busy saving everyone else. 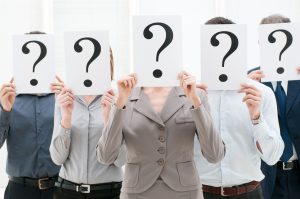 Whatever you share with them, they will need outside confirmation that it’s going to work. But the advice is not from their trusted advisor(s); instead their life is run by a committee of generalists.

I Get It: There have been times when I’ve verified suggested actions with someone I trust in that arena. I’ve also asked for buying input from others impacted by my decision (Drew for example). I also know what works best for me; give me a tip, tool or technique, I’ll use it and then gauge the results. This is the reason why we offer you so many gifted resources; so you can make a next-step-success-decision based on your implementation.

What can be really going on: Invalidation. They tried something in the past; recent or long ago does not matter. What is important is that someone else handed them extreme disappointment and/or criticism that created a condition where they hold themselves back for fear of someone being upset.

Breakthrough: out of these 4 Levels, what do you seem to attract in a potential client? This simply points out your next area of growth!

Your Next Level is Here at Success Summit ’18…and you can save your money for that fun vacation you want, because the Summit is Virtual – Click Here 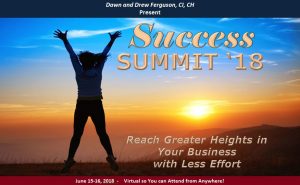